Overbo handed me a generous gift certificate for Tower at my wedding reception (apparently Mike subscribes to the “start as you mean to go on” school of wedding gifts, which I think we all should), so I did some shopping the other day. I re-upped my dork club card, bought a Warjack for my Warmachine army and some other little miniatures stuff that I need and want. I had some money left over, so I decided I need to get the rules for a game I’ve been drooling over for about a year now. It’s a deep space naval combat game that’s made to simulate fleet-level engagements. 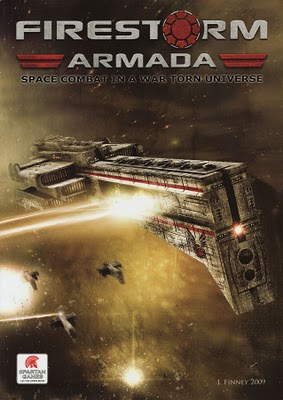 If you ever read about the comings and goings of miniatures games companies, one that’s been making a ton of noise in the past two years is Spartan Games. They’ve been pumping out naval combat games in fantasy, space opera, and most recently steampunk settings, and all three of those games have gotten pretty universal acclaim. People have praised the tightness of the rules, and the company’s won some fans by using rapid-prototyping techniques to bring miniatures to market way, way faster than… ahem… some companies that prefer to trickle models out and ignore whole games and lines for years at a time.

Anyway, reading reviews and checking out the company, I decided this was worth checking out. Firestorm might have the least visually striking minis of the three games they make, but they look cool for spaceships and look fun to paint. The rulebook is only 30 bucks, and Spartan makes some print-and-play sheets so you can make some paper counters. I figure that’s a good way to give the game a shot, so I’m going to do what BRose did and take the leap and let whoever wants to give it a shot do so. 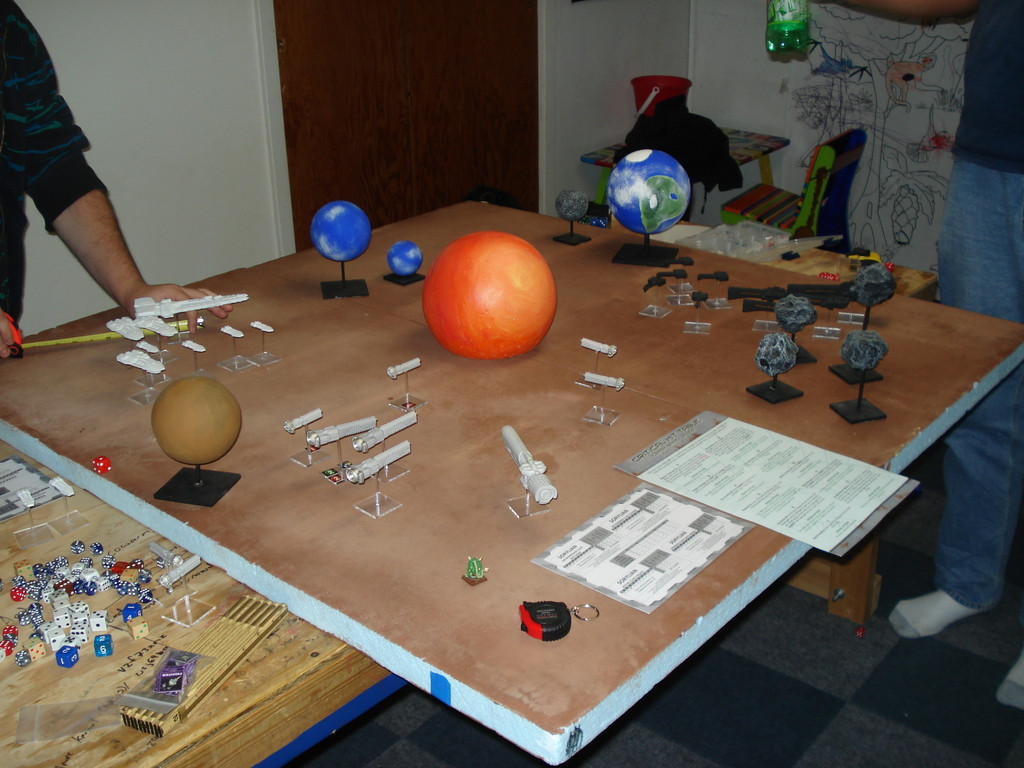 They had to special order me the rulebook and a set of cards that acts like a Paizo-style rules jazzer-upper. They’ll be here in a couple weeks, but you can learn a lot about the game and how it plays by checking out the Spartan Games downloads page that has some fast-play references and unit stats that can give you a window into how they run.

← The Acts of the Lords of Rannick, XXXIV
Rage: First impressions →