I just got a Tier 1 Burning Crusade outfit! 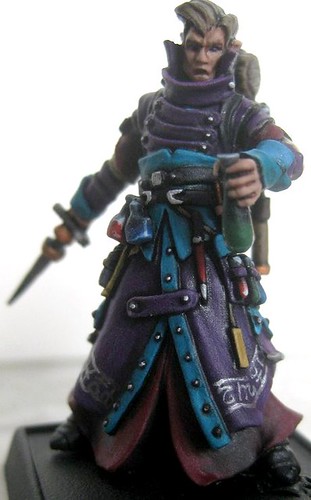 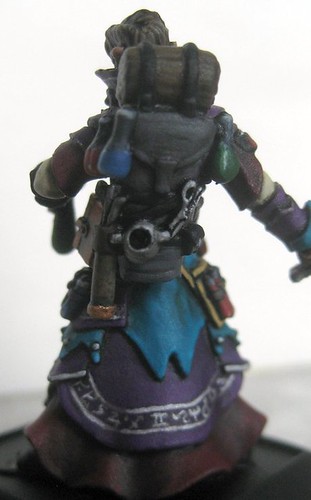 I like the Alchemist miniature a lot. First, I like that the Pathfinder Iconics are pretty much weighed down by adventuring gear. Look at that… scissors, tools, potion bottles up the wazoo. That guy came prepared to do stuff.

Spellcasters can look kind of bland. Flowing robe, dramatic pose, fancy staff; either completely bald or with long hair, but never anything in between. I kind of like the Iconic Alchemist’s get-up.

Both with Shalelu and this guy, I run into the problem of elven eyes. In Pathfinder, elven eyes “are wide and almond-shaped, and filled with large, vibrantly colored pupils.” Ehhh, that’s not how pupils work guys. Pupils are holes. Holes don’t have colours. The iris is the part of the eye that has colour. Drawings in the various published stuff varies from showing elves with big eyes, but nothing substantially different to irises that end up showing no white in the eye at all.

I know which one is easier to paint, so that’s what I went with.

← The Acts of The Lords of Rannick, XII
Space Monkey Ape FTW!!! →