The Acts of the Lords of Rannick, LXXVI

So not much in the way of plot development, but a lot in the way of leveling up if the dinging at the end of the night was anything to go by. That’s good, yesssssss. We also saw the triumphant return of Torgor, whose mission to stay alive was ably accomplished.

The session started with the party reacting to the hooting of the unseen Skulks who were their early warning against threats. They had entered this towering pagoda to get high enough to take a peek at the Dome, after travelling through the overgrown, weirdly abundant southern Entertainment District. The eastern side of the pagoda was brushed by the glacier and its interior cluttered by a mass of climbing vines and creepers. They had a clear space between the balcony from which they peered and the stairwell that had brought them up. After girding their loins and pulling out spectral hands and Shuriken and the like, they looked down into the street to see what was coming. Kerpak head a faint drumming sound, but was not able to locate it.

Fortunately, it located him as five hideous outsiders dropped down from an upper level, ready to freak everyone out with how gross and weird they were.

They’re so gross and weird that they haven’t made a miniature of them for their rubber miniature line. That illustration isn’t easily found on the interwebs either. They were a plastic-skinned monotone scarlet spider-looking thing; with six many-jointed, spindly legs and two legs with thin pincers. Their heads were composed of an array of eyes above two deep depressions and a frill of writhing tentacles surrounding its spidery mandibles.

Got that straight? Cool. Now imagine that their mere presence caused the blood in everyone’s body to try to leave via their eyes and float towards those two deep depressions in the Walker’s skull like face. Also, everyone almost went completely insane. They didn’t, but how close do you need to get before it starts affecting you? 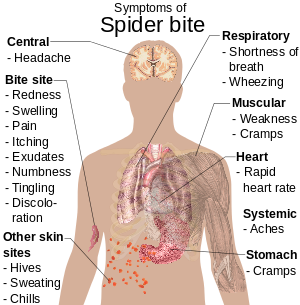 Weird, streams of blood floating out of your eyes isn’t covered here. Oh, wait, no, this is just bites.

As the fight went on, almost everyone was either sickened from the bleeding eyes or paralyzed by the tentacles for at least some time. Tersplink and Torgor both put some distance between them and their enemies and so managed to stay active. Torgor had some luck shooting at the outsiders, but had no luck landing shocking burst arrows, which would have been really good. I don’t know what kind of feat wrangling Torgor would have to do to get Sneak Attack, but with that Ring of Invisibility and shocking burst arrows exploding in someone’s snucked kidneys, he could be formidable. the worst kind of foe is the one you can’t even see…

Tersplink managed to do quite a bit of damage with Shocking Grasp when it managed to get through the creature’s innate spell resistance. Dagfinn sang whenever he wasn’t paralyzed and, in conjunction with thousand hand slapping Ron, worked on one Walker until he lopped its head off and dropped the abdomen to the street below. Then he stabbed the head, just to be sure. Ron’s punching and dodging turned out to be a pretty effective way of dealing with these things, especially when he was spending Ki points to boost the hurtin’. He also cast a spell… because he is a Cleric… crazy, right? He cast a healing spell that wasn’t great, but managed to heal everyone’s bleed damage which up until that point had been getting steadily worse.

Halvard teamed up with Our Lord In Iron to smite the bejeezus out of the Walker that headed in his direction, splitting the thing down the middle and splashing everyone with the devoured blood. Arradin had a similar tack, but didn’t have a God backing her up. The Walkers seemed to like her though, and she was pretty tough to hit.

Kerplak was still adapting to life without a repeating crossbow, in the same way that a manatee adapts to driving a manual transmission car, i.e. not at all. That gnome needs a shortbow… or spears… or throwing axes… or something.

By the time Kerplak was ready to fire up his Shenanigan Engines, there was only two Walkers left… but a challenger appeared. Tearing itself from the tangle of roots, some kind of twisted, diseased Treant lumbered out and began squishing… anything. Fortunately for the party, they had dispatched the Scarlet Walkers that had come further into the room, leaving a wall of two Walkers between them and the Treant. With a couple of quick swipes, the first Walker was crushed.

The Treant was not, however, coming to their rescue and the fight became a three way between the few people who were not paralyzed or on the other side of the room, the diseased Treant and the last Scarlet Walker. Kerplak sent a grapple into the floor and attempted to run around both Scarlet Walker and Treant, hoping to  tangle them up and trip them. His plan was slowed a little by the Scarlet Walker paralyzing him almost as soon as he tried that, but soon the Scarlet Walker had other stuff to deal with and Kerplak managed a run around the pair before being stopped again. At this point, if someone had punted him off the balcony, the plan would definitely have worked. So in future, someone please remember to do that: if Kerplak looks like he has a plan, kick him off a building.

The last Walker could not last long and the Treant followed suddenly, when one of Arradin’s (right?) critical strikes reduced his Dex to 0, toppling him helpless to the floor. Halvard stepped up and lopped the head off with a Coup de Grace attack. Fight: OVER.

Torgor took an interest in the mass of vines and studied them for a while before deciding that the entire overgrown area was the work of what must be a colossal Yellow Musk Creeper; a malevolent, semi-intelligent plant. The yellow musk creeper’s method of procreation is singularly frightful—it slays the living, infests them with its seeds and pollen, then animates them as zombies. These zombies serve the plant as a guardian for several days, but when new zombies are created, older ones wander off into the surrounding wild, collapsing and breaking apart within days to give seed to a new yellow musk creeper. The creeper is so large it is wound through the entire area and has insinuated itself into the other plants in the area. Torgor is worried by this.

Everyone else was paying attention to the plant in the room that may have brought treasure with it and, right enough, they found that the diseased and hollowed trunk of the Treant contained a cracked leather bag, with amongst other things a bag of magical crossbow bolts and a flask containing an Elixir of the Peaks.

We stopped there. A few people felt a good deal more powerful than they had when the day started… but that may just be the Yellow Musk talking.

← The Acts of the Lords of Rannick, LXXV
Dungeon Fighter testing. →

One Comment on “The Acts of the Lords of Rannick, LXXVI”