The Acts of The Lords of Rannick, XIX

Well, I think that spider in the Ogre’s prison room was just topped as closest-to-TPK fight… The party didn’t really do much wrong, this was a hard fight, was supposed to be a hard fight and the outcome is really up in the air.
Red Dragons ain’t nothin’ ta fuck wit, as sages from the mysterious east might put it. Especially considering he never landed to get in combat with anyone. Just snapped at passers by and covered them in fire. When they land, they get to hit you with both wings, two claws, their tail and their jaws. Mercifully no one was daft/alive enough to challenge the Dragon to a square go.
Seeing the amount of damage that Albedon and Tersplink racked up against it though, if it had been your sole opponent, I think you could have taken it. Also, if Torgor’s bow had been in a more critty mood.

But the dragon came off best, leaving the party to scoop its various fallen members off various parts of Sandpoint while it went off to incinerate the Hagfish and eat its guests. I’ll say this; someone made a powerful enemy of someone during that raid and they’ll rue the day they ever tangled with someone.

For our fallen party member, Albedon, there are a two options for the afterlife: either accept whatever type of resurrecting spell your fellow party members cast on you or don’t.
For everyone else, they get to decide how to bring Albedon back:
Reincarnate: cheap (1000gp), available (from Don) and wonderfully random. Albedon would lose his Elf form and associated stat modifiers from Dex and Con (although not, as far as I can tell from INT) but he’d gain two permanent negative levels. Then he’d gain a new form which could be anywhere between Kobold and Bugbear on the range of bipedal races and their associated STR/DEX/CON bonuses/penalties. Gnollbedon? A wish or miracle spell would revert Albedon back to what his miniature looks like.
Raise Dead: pricey (5000gp), you’ll need a 9th level Cleric and still bestows 2 negative levels. He comes back in pretty rough shape, but he comes back. You have at least 9 days to get this cast on him.
Resurrection: 10,000gp and a 13th level Cleric and Albedon comes back with a mere one permanent negative level. All the time in the world as long as you have a scrap of Albedon’s body.
True Resurrection: 25,000gp and no adverse effects ever. This doesn’t even require remains to cast, Albedon just jumps out from behind a boulder and gives everyone chocolate eggs. I think that is how it works.

A negative means you get -1 to ability checks, attack rolls, combat maneuver checks, CMD, saving throws, and skill checks; -5 hit points and you’d count as one level lower for level dependent variables. However, you don’t actually lose a level (or any of the class based abilities, spell slots, spells etc) – you stay at your current level and continue to progress at the same rate. Negative levels exist alongside actual levels, they don’t cancel them out.

To save some time:
The costs here aren’t levied by the Cleric or the Church. The god demands that level of sacrifice. No amount of haggling or “Aw c’mon, we’re the heroes of Sandpoint” will work on the gods. Feel free to try to short change the god, or save money, or wheedle out of paying the full amount and see how well the spell works.

With the fight joined by the tannery and the arrival/fascination of the red dragon at Sandpoint Cathedral last session, we plunged right back into the combat.

By the Cathedral, the juvenile dragon was fascinated by Dagfinn, regarding him with interest from different angles, content to watch his new favourite thing. Tersplink and Albedon were keen to get out of there. Dagfinn made the perfectly reasonable suggestion to NOT burn the town down, but if the dragon heard him, it gave no sign. Tersplink healed up under cover and then flew off, followed by a flying Albedon. This last action startled the dragon as a potential threat which was enough to give it another save against Dagfinn’s Fascinate ability. It declined to incinerate one so… alluring and left Dagfinn alone, instead torching the wooden buildings of Sandpoint Cathedral with its breath weapon. It took to the air and began flying towards the center of town, burning the garrison as it went.

If I was a Dragon, I'd die of high-fiving myself all day long.

Down by the tannery, the remaining stone giant moved to engage Arradin, failing to hit her before she laid some smack down on it. About this time Torgor showed up. Having stayed out of Sandpoint, he’d spotted the patrol of Stone Giants and tracked one splinter to the banks of the river, now wading over himself to engage them from behind and shout encouraging words about where to shoot them. Up stepped Corwin and finished the last Stone Giant with another hurl of his spear. The dire bears, one shaking off its Hold Animal, started forward to engage the party.

Kerplak, having clambered up onto the roof (after making sure his Riding Dog was safe, obviously) tried to leap onto the Dire Bear threatening Corwin and Arradin. It was a brave effort, but one that ended with him bouncing off the bear’s spiny back and onto the road. Don cast his Call Lightning spell and started sending down strokes of lightning in between healing Arradin who was up and down like an indignant defense lawyer in an episode of LA Law.
Long range support started coming in the form of spells from the flying Albedon and Tersplink who were rushing to the scene. Albedon also saved a home in the middle of a strafing run by casting Pyrotechnics, rendering the conflagration visited upon one house merely sparks and bangs.

Don’s dominated bear added itself to the fray, just long enough to kill the last non-dominated bear, before shaking that off and rushing Torgor. Meanwhile, KEEEEEEEEYEAAAAAAAA! Don summoned some of nature’s allies, namely two fucking Griffons. Srsly, Griffons on tap. He climbed onto one and assumed the classic druid role of Guy Who Could Totally Get Away From This Fiasco If He Really Wanted To. He didn’t though, which was too bad for those griffons. 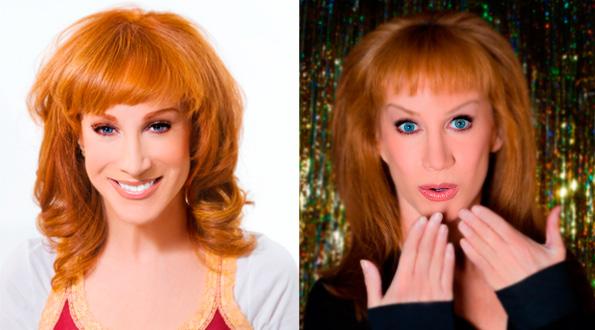 Save vs. Being appalled I put this image in your head.

Albedon and Tersplink, flying on a diverging course from the Dragon were still close enough to be able to hit it with spells and so they did. The Dragon, being taunted by Dagfinn as he burned the town, (the Dragon that is, not Dagfinn), laughed as he went and taunted the town. However, this spellcasting was shit that he wasn’t taking; he banked around to intercept Albedon and Tersplink.

The party became aware that two other areas of town were being attacked, the Two Knights Brewery, (where the giants were angrily demanding beer and smashing the place up with clubs) and the south of town, (where giants were bombarding the town with boulders and demanding that the town produce its “fat, greedy merchants”). A lone Stone Giant, large even compared to his peers was seen making his way from the south of town to the northwestern end, striding purposefully.

Albedon got a good solid Lightning Bolt in that struck both the Dragon and the remaining Dire Bear that Corwin and Torgor were fighting. Kerplak shot off bolts at the Dragon and the Dragon responded by snapping at him. Then, after being raked by Don and his Griffon buddies, the Dragon brought it – hard.

With gouts of flame it took down Arradin, Albedon, Don and his two Griffon allies. As a last attack, it washed flame over Corwin who was impudently trying to spear it from beneath. Yet Corwin managed to avoid the inferno entirely, somehow. With that, the Dragon propelled itself into the sky and proceeded to the docks where its passage was marked with flame and destruction.

Finally Percy gets his shot at being the PC.

Those left outside the burning Tannery, leapt to the care of those that had fallen, but it became clear that Albedon had perished in the flames. As soon as they were able (See? Heroes) they ran to defend the brewery (See? My kind of Heroes). But as they hobbled, limped and dragged themselves there they heard a sonorous blast of a hunting horn, sounded three times. The barrage of boulders from the South ceased and when they arrived at the Brewery, they found the two attacking giants wading away, back across the river, bags bulging and barrels of ale on their shoulders. Kerplak shot one in the back, but they could not be dissuaded from their retreat. They walked to the far bank and into the forest, leaving the burning town behind them.

6 Comments on “The Acts of The Lords of Rannick, XIX”