The Acts of The Lords of Rannick, XLVII

Meh… sometimes random encounters work, sometimes they’re just a waste of time. Sorry everyone, last night was kind of shitty. It made me remember why I like running stuff other people have written, rather than relying on me coming up with things. Note to self; on nights when I have to fill in, drink tea. 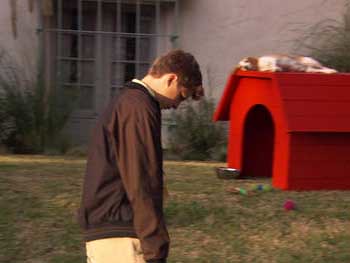 In retrospect; after having moved the story along by a few huge shunts in the past sessions, you deserved something that reinforced the scale of the story. Massacring Somali-Viking-Pirates didn’t really do that. It just ate up a bunch of time, it wasn’t really a challenge of any sort. I had a good time otherwise, since we filled the lack of narrative with the usual dick jokes and an amusing run on collective nouns. Whoever got us a Fondle of Unicorns (real) and a Reach-around of Leprechauns (imagined) probably deserved the CA, but I didn’t award it. I encourage you to continue with collective nouns for other creatures you meet on your travels.
Following the Paizo message boards to research which campaign I want to run in the future, they’re aware that some people like “On-rails” adventures and some people like “Sandbox”adventures and in later adventure paths, they try to accommodate both camps. The rails are relatively gentle in RotRL, I think. You aren’t led around by the nose too much, but it isn’t open… there is a doomsday looming, after all. Last night was a point in the story where there are no rails at all, not even guides. Given that the landscape of Varisia is cluttered with Fabulous Relics of a Bygone Era, travelling should be interesting, but storywise, all the interesting stuff is at the end of the rail-less interlude.
If the worst thing that happens to me all week is that we tell a bunch of stupid jokes while pretend-killing nameless sea-raiders, things are still going pretty good, but it wasn’t a particularly good night, game-wise.
Magnimar to Brinewall
So after a fortnight of buying, selling and crafting potions/wands etc and some r&r for RELENTLESS MAN-CHASER, Arradin, the party got its affairs in order and went looking for a good ship.
After some negotiating down by the docks, they found a Captain who would drop them off at Brinewall, the closest functional port to Lake Stormunder. From Brinewall, if they follow the Steaming River, they should be able to reach Lake Stormunder without any problem. The Ranger can set himself on autopilot. Docking at Brinewall wasn’t without risk – Brinewall, after all is a deserted town that is almost certainly haunted/the scene of some mysterious massacre. So after paying danger money to the Captain, they departed for a week or so of sea travel.
Their route took them out into the Steaming Sea, which was anything but at this time of year. The carrack they were in kept the westmost islands of Varisia within distant sight so on the morning of the third day, they were treated to a glimpse of far off Hollow Mountain on Rivenrake. The mountain was carved into the likeness of Alaznist the Evoker, Runelord (there are no Runeladies, even though there are) of Wrath, but time had cause half of her furious visage to crumble away, revealing the many great chambers within the mountain that gave it its name. That’s a location for another time, perhaps.
How everyone filled the time, we’re not sure, except that Arradin was looking for sailor company. I assume she found it, “Couldn’t get laid on a week-long sea voyage, surrounded by sailors” seems like a doom that shouldn’t befall elf maidens; even the horny, gore-attracting, dragon-slaying ones. Of the two seafarers pictured above, the Seaward had an awful lot of one kind, and absolutely none of the other. See if you can guess which.

5 days in a the wind died down and a strong sea fog developed. Sailing was for shit in those conditions, so the Captain worked tirelessly, ekeing everything he could out of what he was given. The crew was on edge too, since their visibility was cut down just as they start getting to the dangerous part of the seas.
Their fears were well founded as Kerplak, with his Fogcutting Goggles, was able to spot a galley moving quietly to intercept their ship. Alerting everyone and lighting up the galley deck, he spotted Ulfen raiders crouched, poised ready to board them. Presumably. Don took the opportunity to turn into a Dire Shark.

Tersplink, aided by his cousin’s light, located the raiders by flying over them and cast Confusion on the closely packed men. A few became enraged and began hacking at each other with their axes and within a few seconds, the deck was covered with Ulfen raiders hacking the shit out of each other. The rowers below deck stowed their oars as they drew closer and three raiders actually managed to make the leap onto the deck of the Seaward. Arradin and Halvard stepped into dispatch them, Dagfinn leaping down to engage in appropriately bardish duelling on the main deck. Kerplak and Albedon did their best to set the raider ship ablaze, Albedon’s Fireball having the added effect of killing the confused and enraged raiders who were still all clustered around in a melee on their deck.
Tersplink also cast Stinking Cloud below decks, hoping to nauseate the rowers, but if any of them barfed, we never knew. The raiders on deck were dispatched (Dagfinn tossing his opponent overboard for a bit of flair, presumably with a hearty thighslap and a guffaw afterwards) and the raider ship ablaze, but MegaloDon had cast Wood Shape on the bottom of their ship , removing the shallow keel and royally messing up the ship’s ability to stay upright. Then he started rocking it. It took a few bumps, but eventually the ship tipped, taking on water at an alarming rate.
Whoever the people were inside, maybe they were more raiders, maybe they were mostly press-ganged or enslaved commoners… who knows? They drowned as the ship went down. None of them even made it above water to thrash around and get picked off by Tersplink or Kerplak.

This is the wreck of the ship that turned on a sandbar in the Firth of Clyde that I would see every single morning while I was waiting for the train to Uni. Roleplaying naval disaster made me somewhat nostalgic.

As the Captain brought the ship around to search for survivors, or Italians fleeing the scene, several party members evidently mistook him for some sort of Head Waiter, telling him to do this and that and even demanding their money back. He pointedly ignored them (in the case of their “suggestions”) and scolded them (in the case of demanding a refund). The party only “Saved” his ship because they put it in danger by being in this part of the world anyway, so he wasn’t overcome with gratitude. Plus, one of his crewmen had swallowed an axehead when the raiders jumped aboard, so he’ll have to be replaced.
The atmosphere aboard ship was both figuratively and literally cold as the weather turned and they pulled into the bay within a bay that houses Brinewall. The fortress on the top of the cliffs loomed into view, lifeless and derelict. The town at the foot of the cliff was no better, still standing, but tattered and falling into ruin. The stone-pier docks were perfectly adequate, however and the Captain tied up just long enough to drop his passengers off.

3 Comments on “The Acts of The Lords of Rannick, XLVII”