The Acts of the Lords of Rannick, XXIX

I was/am fairly tired, what with a post-vacation lethargy and Deus Ex induced insomnia (you know, in the dystopian future I’ll be able to get a neural implant that replaces my hypothalmic/adrenal axis and controls my cortisol filter and my cyber-circadian rhythms will sound a lot like a Tangerine Dream concert and that’ll be boss.) Anyway, I hope it went okay and I hope I can remember what happened.
I actually thought you’d fight the harpies weeks ago. I was more familiar with all their many abilities then, but since the adventurers got wise to the idea of there being a captivating song and prepared for it, their main attack (making you run off a cliff) was neutralized. Which is good, because that fall is a bitch.
The Black Tower of Jorgenfist to the Inner Courtyard.
Stuck in the Black Tower by their own design while they healed up and recuperated after their fight with the colossal-dick Black Mummy. While they waited, Don, arguably the least affected by the Mummy – other than being plagued by people asking him when he’ll be able to cast Restoration spells – took to exploring. Albedon cast Spiderclimb on him and he clambered aloft to determine the extent of the tower and what else it may hold. The short answer was, nothing. The tower came to an end without any interesting or salient features, no ledges or windows or portals of any kind. Don clambered down and then left the rest of the party to go summon reinforcements.
Turning into an owl, he flew circuitously around the Harpy lair that snagged him last time and arrived at the base camp. Arradin was keeping watch through the night and she woke Tersplink. After securing their horses and being apprised of the situation, the three flew back to the Black Tower. From there they discussed what to do next, but everyone seemed to agree that they should head to the Gatehouse and try to get in Jorgenfist.

The good thing about the Testudo of Invisibility is that it keeps the sustained buff that justifies a party Bard in the middle and presumably out of harms way.

So they formed up their Sphere of Invisibility around Dagfinn and trundled out to the gate. Just short of the gate, the Harpies, who had been watching the black Tower’s enormous door open began trawling the area, hoping to catch someone with their captivating song. They almost did too. Forewarned, the party had stuffed their ears with dirt (I don’t know why it was dirt, they were carrying about 150 feet of rope, you’d think a few cuttings of that would do) and that helped a little, but it didn’t help Arradin, who went glassy-eyed for a second as the infectious melody took hold of her. Dagfinn, against all odds, was able to Countersong and snap her back to old self. It was a lot like this…

(Man, remember when Jeff Bridges was in shit movies? And it was okay to button your shirt all the way to the top, but not wear a tie? And music videos looked like this? Those were crazy times.)

Anyway, Corwin stepped away from the Sphere of Invisibility and hurled his spear at the harpy. He didn’t have that spear custom-designed just so no-one would see it. Tersplink fired up a Spectral Hand and then put Displacement on the alarmingly exposed Corwin which was a great idea, but turned out to not help him one bit. Albedon sent up a Fog Cloud to give the party a bit of cover. The first harpy descended and punched Corwin, her single-fisted fighting style not terribly dissimilar to that of the Black Mummy. Don cast Call Lightning and sent a stroke her way, Corwin and the harpy traded blows. Tersplink cast Haste, well enough to affect the entire party.
The second and third Harpies descended too, Kerplak and Albedon shot at them with bolts and Scorching Rays. They proved difficult to hit, batting away or catching arrows and bolts and being a good deal more nimble that the giants that usually walk in front of Albedon’s rays. Nevertheless, Kerplak did manage to pin the left hand to the chest of one of the Harpys before it moved in on Albedon and thousand-hand slapped the elf-dwarf unconscious.
Arradin, reminded everyone why they love her… 5′ in front closer to enemies than they are. She stepped up to the Harpy engaged with Corwin and blinded it with a slash across the eyes. Panicked, it withdrew into the air, its eyes ruined, so it couldn’t see Corwin’s spear coming to end its feathery existence. 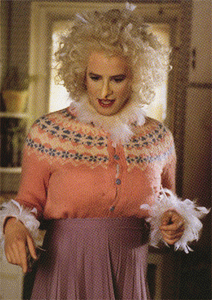 Aaaah. She just wanted to bu-talk!

Arradin then turned and stepped to a harpy that had rushed in to try to put an end to Dagfinn’s inspirational singing. She chopped its head off. Pretty much just like that. A combo of weapons and.. shlorppp. I kind of presume that this made the Harpy run around for a little while, but I should have said that because I’m the GM. The last harpy, was taken down quickly by a combination of crossbow bolts, magic missiles and called lightning.
As Albedon was healed back to consciousness, Corwin approached the gates to the fortress carefully. Examining the doors, he found them to be untrapped and unlocked. The heavy wooden doors swung open with ease, revealing a vast circular enclosure that appeared to be empty of inhabitants. Ahead, central to the circular walls was a pit of indeterminate depth. Behind that, a tall spire of earth and rock, caked in birdshit, but the kind of birdshit that has Elk thighbones in it. There were also three structures: a well made and tended longhouse, a stone building with no windows and a large, hastily built barn type building.
The party entered, with no real plan and without really discussing what they’d do. Nah, it’ll be fine.
Kerplak ran towards the barn-like building and peeked through the gaps in the planking. He detected a strong barnyard dung-like smell and through the gap in the wall, could make out what appeared to be a wall of shaggy brown fur. Others joined him and Dagfinn eventually identified the creatures inside the barn as Wooly Mammoths. Then Don joined him and identified the Wooly Mammoths as something they Really Didn’t Want To Fuck With, so he calmed the waking creatures down and closed the door.
Tersplink meanwhile poked his head over the side of the pit. A walkway spiralled into the rough and irregular rock. Sixty feet below, he saw a bottom lined with the bones and corpses of many creatures; ogres, giants, humans, as well as several dragons. Atop the pile of carrion, buzzards and crows feasted. Tersplink withdrew. While Dagfinn was checking out the well made longhouse, Kerplak and Arradin approached the entrance to the stone building. Poking her head around the bear pelt curtain that covered the entrance, Arradin saw a room full of bear belts and polished bear skulls.
At the far end of the windowless room, illuminated only by the light coming in from the roof’s smoke hole, lay a pale giant, skin glistening slightly. He appeared to be sleeping and would probably have stayed that way if Don hadn’t flapped the curtain-door slightly when he followed Corwin into the room. The frost giant (for Dagfinn used his Bardic Knowledge to ascertain it as such) started awake. I’m fairly certain that Albedon cast a spell at him. That seems consistent with Albedon’s habit of acting before everyone else has a chance to grab aggro (somewhere, Nyarlat feels his pain) because he so loves getting spatula’d up at the end of fights. The spell seared the giant with Scorching Rays and he leapt to his feet and roared a string of guttural words in the savage tongue of the giants. Dagfinn knows what it was. It was pretty rude.

Yeah, that’s where we stopped. The fight is ON!
Man, Sean again? You’re killin’ me Sean. I gave the CA Award to Sean again for his Highlander joke, but man, there was a lot of very entertaining stuff last night. I might have to split this one on reflection.

3 Comments on “The Acts of the Lords of Rannick, XXIX”