The Acts of the Lords of Rannick, XXVII

I’ve never put much thought into potential Total Party Kills, really because it is such a large group that there is a certain amount of redundancy in terms of hit points, people who can heal hit points and targets for Bad Guys.  So sure an encounter may wipe out 4 people, but if you have another 4 standing right there…

I shouldn’t be shy about killing people, although only one person has actually died and death is somewhat temporary in Pathfinder. But at the same time, I’m aware that the party isn’t optimized. That’s actually kind of nice, I’d hate for the rigours of the game to be channeling people into one avenue and one only. But their game isn’t tight and it would be easy for someone working with a sense of unified purpose (me) to really wipe out the disorganized mob of funsters that the players are… after all, they can’t go get their tank character when a tank character is required, they just have to hope Arradin shows up and feels like fighting defensively. If she doesn’t, well, they’ll have to come up with an alternative arrangement.

WoW was good training for me and many other rpgers, I think, getting people into assigned roles and coming up with game plans. The options and possibilities of an RPG make that harder to do because you’ll be fighting a greater range of creatures in a greater range of environments, but I think in general WoW was a good thing for pen and paper RPGs, although I’m glad this game isn’t WoW. That was a digression, I was talking about padding the hammer a little when it came to TPKs…

Anyway, yes, I’m fine with doing that unless it serves a purpose to have an adversary hated by the party for killing one of theirs. And Duffin seems bent on seeking revenge for Albedon’s trauma at the hands of Longtooth, so I can’t say it serves a purely mechanical purpose either.

The party was bogged down by some seriously awful rolling last night and I was on a run of turning up sixes the majority of times I rolled d6s for damage. In the end though, I didn’t think the party deserved a TPK (not that someone has to deserve to die, to die) and with a difference of only 6 hit points between the unconscious and the victorious, it didn’t really make sense to eat what are otherwise fun characters. The situation helped make a get-out-of-being-digested-free card easy to rationalise, as you’ll see below…

The spider-filled Deathweb cave to the dung-filled Wyvern cave. Oh, the glamour of a life of adventure.

Having found no passage to higher levels in the Gargantuan Zombie Spider lair, the party gathered at the edge of the spider cavern and pondered how to get down to the lower cave. Something kept Dagfinn and Albedon in the cave, quite what, I’ll let them decide in retrospect, but they declined to partake in Corwin’s ambitious plan to descend 300ft by rope and then move down the cliff face, creating a pathway of pitons down to the lower cave.

Don had already reported that the lower cave housed a wyvern and Torgor smelled trouble. Nevertheless, as the sun began to descend, Corwin, Kerplak Torgor and Don made their way to the lower cave. It was slow going, Torgor preferring to ease himself over the dangerous piton-crossing rather than rush it and fall. But eventually, as the sunset lit the western end of the broad canyon, everyone was in position.

Kerplak hopped onto the lip of the cavern first and as everyone else jumped up into the cave, the Wyvern, surly and snarling waddled its way to the mouth of the cave to engage the intruders.

You can tell by the way I waddle to walk, I'm a wyvern, man, no time to talk.

Wyverns may be on the stupid end of the dragon family tree, but they have enough similar features to make them tough opponents. They’re slow, however, walking awkwardly on hind legs at only 20′ per turn. Flying, they’re a goddamned menace at 60ft with fly-by-attack and able to attack you with their wings as well as their head and tail. In the cave though, the Wyvern was stuck to making one attack with a wing if it was by the lip and enough room to swing.

The Wyvern, let’s call him Barry, waded in to combat snapping and lashing his poisonous, double barbed tail around and using the room to make a wing attack. Torgor at the eastern-most edge of the lip caught one of the barbs, but shrugged off the effects of the poison. He quickly moved around behind the beast and into a more central location. From there he caught a glimpse of two more Wyverns, let’s call them Robin and Maurice, grumpily woken from sleep and waddling out to see what the big deal was… Torgor shouted a word or two of warning and ran to the cave wall to at least reduce the angles of attack.

Barry wasn’t doing so well. Despite Corwin accidentally dropping his spear off the cliff edge (good thing it is a returning spear) wounds were piling up on the Wyvern, not least because of Kerplak’s acidic crossbow bolts. One struck the creature right in the tender morsels, nauseating the dragon-kin and forcing him to flee the cave for the safety of the air of the canyon. Torgor sent another arrow through at it and the creature went down in a heap on the canyon floor.

Robin the Wyvern lumbered forward and savaged Torgor, who still resisted their poisonous stings. He retreated from proximity with the beasts, gambling that Corwin and Don could hold them up. Robin and Maurice moved in to attack the two men, taking down Corwin, who was having a spectacularly unlucky fight, even for Corwin. Don went down next, the snaking bite attacks of the Wyverns too much to deal with. However, they had laid down a little hurt on Robin, who now progressed to attack Torgor and Kerplak.

Maurice meanwhile began scrabbling on the floor of the cave, scraping loose dirt and dung and piling it in the central area between the three recesses of the cave.

Torgor fell to the attacks of Robin, and the Wyvern turned on Kerplak cornering him with his back to the 50′ drop outside. It was at this point that the wire of his crossbow came loose. Never one to be dismayed, Kerplak tumbled through the Wyvern’s space and dumped a smoke grenade, blinding, deafening and choking the Wyvern momentarily. While he fixed his crossbow, the overwhelmed Wyvern backed out of the smoke to the safety of the canyon. Kerplak launched another crossbow bolt, just to make sure it worked now and shot the hovering Wyvern stone dead. It fell to the bottom of the canyon beside Barry.

Kerplak, now alone in the cave with the Wyvern, dumped a potion of Cure Moderate Wounds down Don’s neck just before Maurice closed on them both. Don, now awake, but prone beneath the Wyvern, stabbed at its belly as it crossed him, failing to damage him, but leaving the Wyvern with a mental scar that would prove to be fortuitous a few minutes later.

Don rolled to the side and healed Corwin, before being pinned to the ground by the Wyvern’s poisonous tail barb and passing out again. Corwin fared little better, bruising himself with his own spear before being taken down again when the Wyvern charged him. The distraction had bought Kerplak some missile support he backed off to the edge of the cave mouth.

The badly injured Maurice, now oozing blood from between his scales, charged Kerplak, bullrushing the gnome from the cave mouth and feet out into the cool air of the canyon.  Dropping Vansaya, his crossbow, Kerplak caught hold of a leathery wing as the Wyvern bowled him over, causing the wyvern to spiral down to the ground. The Maurice shook him off, but only as far as its tail, which Kerplak clung to for dear life. The descent ended on the rocky and bone-strewn canyon floor, a few yards from the river. A badly wounded Kerplak drew his gnome hammer and prepared to face off against the dragon-kin. he was no match for the snapping jaws of the creature though and Maurice crushed him between his sharp teeth, before dropping him to the ground and backing off. 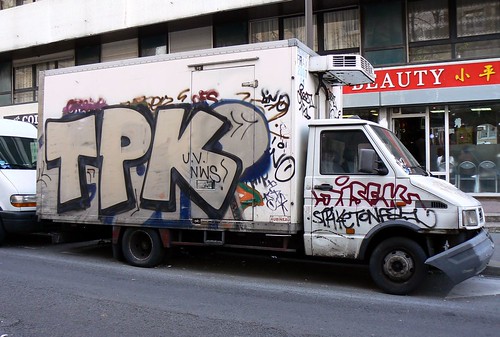 Delivery for the Lords of Rannick.

Maurice is now faced with a dilemma. On the verge of passing into unconsciousness himself, it is awfully tempting to eat these interlopers and reclaim the roost for himself. However, from recent experience he knows that these creatures play dead and then stab you in the soft bits when you get over them. That’s a risk he can’t really afford to take, being so appallingly wounded. Better to let nature take its course and if they are really dead he can come back later and eat them then and take all of their shiny things. He beats a retreat into the sky, looking for a safe haven to lick his wounds and recover. 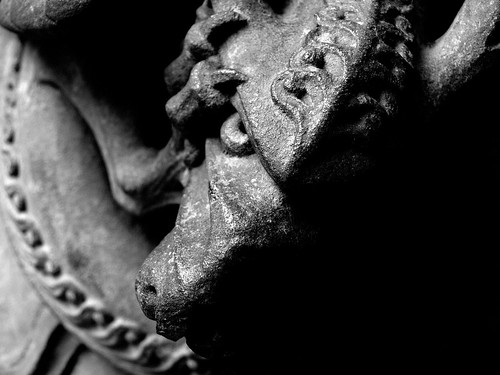 Maurice was always the thoughtful one.

Slowly, the party regained consciousness, waking a few hours later with the stars shining through the cold mountain air. The walking wounded were able to scrape together healing potions and spells and took in a good stretch of resting. Don took the form of a falcon and descended to Kerplak, who eventually rejoined the group in the cave after an arduous climb. Not as creepy as the spider cave, the dung filled Wyvern cave was foul, but comfortable. After some hours of rest and as the light of the rising sun appeared, Corwin began searching the cave, followed by Torgor and Kerplak. To his dismay, he found that this section of caves was not connected to other parts of Jorgenfist at all, with no passages or airy vents through the rock.  He did find a lot of dung, a lot of Elk bones and a small pile of loot. Kerplak and Torgor search too, but they simply confirm what Corwin has already seen, except for a rather nice fire opal, concealed by the dirt gathered in the middle of the cave by Maurice the Wyvern.

Corwin’s loot turned out to be a chest with 1700 or so in gold coins and a very well made staff tucked behind it. When Don looked at the staff, he found its complex arcane manufacture too difficult to decipher, so he isn’t sure what the staff might be but guessed it to be a powerful object. As they rested, they talked about their next move, established exactly who should take the +2 Halberd they found in the Spider cave and the sun came up in the canyon outside.

Canyons at sunrise; battle wyverns, shoot Granola commercials, try to hold your intestines in the ruin of your torso.

The Compleat Adventurer: The award went to Sean this week, for Kerplak’s balls of steel Wyvern aerial rodeo. If anyone else had tried it, they would likely have been laughed at. But Kerplak has a proven track history of trying to ride animals who are attempting to kill everyone, so it seemed wrong not to let him try another steed. One of these days, that gnome is going to ride something appallingly dangerous into the sunset.

7 Comments on “The Acts of the Lords of Rannick, XXVII”