The Acts of The Lords of Rannick, XXXVII

If you can't hit the mouth, you have a potioning problem.

Because it isn’t on the list of Standard/Move/Full Round/Free Actions, it is a pain in the ass to keep track of what it takes to pour a potion down an unconscious person’s throat. It is a Full Round Action to trickle the potion down the back of a fallen comrade’s throat; says so under the description of potions.

I forget, sometimes, that you guys are giant-killers. Like, almost exclusively. Since your sortie against the Shadowfey the party has pretty much non-stop been up against small numbers of things much stronger than you. So in reviewing how you grind away 100+ hit point monsters while they whack party members down in two blows, it is worth remembering that this isn’t normal. Eventually, I dare say that there will be a time when you engage in combat with a party of 6 or 7 normal sized guys. Maybe even more than that: Arradin could easily wade through 3rd level humans one per round. And honestly, you’ll pulverize them, because the party is primed to hit things as hard as it can, as soon as it can. Remember those harpies?

As giant-killers, there are somethings that the party did really well last night.  Arradin tied up the big bad guy perfectly and Dagfinn provided melee support and kept her on her feet. Spending spell slots on spells that don’t have a Fort save is a good idea too. And Kerplak’s interference certainly didn’t hurt.

Underneath the caves of Jorgenfist: the Thassilonian ruins.

The fight with the Stone Golem was over and everyone was picking their bits off the floor. Albedon was there, somehow. Doesn’t matter how, suffice to say, no-one filled him in on the properties of the cauldron. Anyway, there was some hullabaloo from back through the trapped dimension-bending chamber. Shouting from the dwarves that had picketed the spiralling ramp from the upper level of the caves was heard. Calling through the chamber, the dwarves relayed that one of their number had been picked off by something – the exact form of the attacker was a matter of some debate amongst the former forge slaves.

Kerplak advanced to the trapped chamber and began trying to figure out how to overload the trap. It didn’t go well. Actually, it went appallingly. Kerplak was down to Diminutive in size. As an idea of how small that is: Rats are one size larger. So Kerplak was basically vole sized after his first attempt at fixing the trap and after Albedon dispelled him back to normal Small, he ventured in again and was shrunk again. Eventually, he managed to disable the trap, allowing the dwarves through. As Kerplak was dispelled back up again, the dwarves breathlessly related what they knew of the attack.

Several of them swore that the thing that appeared out of solid rock, swallowed Stumpy whole and then disappeared into the wall again was a forgefiend, known in Dwarven children’s tales as a Scanderig. The dwarves had grown up hearing warnings that Scanderigs were drawn by metal scraps at the forge side and gobbled up wasteful dwarflings. Several seemed adamant that this must be Stumpy’s killer, although their leader, Wheezy, seemed skeptical. The dwarves had no intention of standing by the foul smelling cauldron, so a place for them near the trapped chamber was found.

As they chatted Kerplak and Arradin noticed light in the chambers full of armour – as though some light source was moving swiftly through the rooms, causing the suits of armour to glitter and gave the illusion (small i) of movement by the suits. The two moved towards the room to check it out, Kerplak moving into the middle chamber at the edge of the light supplied by Dagfinn, who also began to move in.

The light source was gone when they arrived, but Kerplak and Arradin felt the churning vibration of something moving underneath them, through the stone floor. Kerplak lept up on one of the stone plinths and clambered up the giant-sized spiky armour to get away from the danger beneath the floor. To his horror/surprise/delight/titillation (I’m not really sure Gnomes could ever really be appalled at something they’d never seen before) he found that the helmet was the only empty part of the suit of armour – a ragged stump at the armour’s collar was evidently the neck of the suit’s wearer. At this point, the armour stepped off the plinth and lumbered towards Arradin. Two more suit of giant armour came to life (unlife) and moved to attack. The fight was on!

Albedon, off to one side shot of a spell of Scorching Ray, one ray bathing the Headless Zombie-thing in damaging fire and the other… well, that didn’t go as well. The spell misfired, tearing open a tiny momentary gate to a placid coral reef and sucking a confused octopus from his pleasant underwater home and onto the end of the Dwarf/Elf Wizard’s arm. It doused Albedon in ink. Albedon backed off from the furious cephalopod and fired off another Scorching Ray, this time accidentally bathing his face in a spray of acid. Wizards, eh? Torgor added some arrows along with the Scorching Rays, but was finding the armour tough to penetrate.

Kerplak stuck with the Headless Zombie-thing, hanging on and kicking its unused helmet out of place. As the HZT moved to engage Don and Arradin, the gnome spooled out the his grapple and rope, lashing the free end under the HZT’s pauldron fittings. As the HZT moved towards Don, the two axes it held flared to a cold blue light, arcane runes glowing brightly on the axe head.

With two mighty blows, Don was struck down and fell at the feet of the HZT. It hacked at Kerplak, its axes chilling him and sapping his strength.  Kerplak jumped down and ran for safety with his rope. Arradin set her feet and prepared to get whacked around. The HZT rained blows on her and while some of them told, most of them couldn’t get past her defences. When she struck back, however, she found that she couldn’t get through its defenses either.

Dagfinn, meanwhile, was singing and backing Arradin up against one of the other Armoured Zombies. His rapier proved particularly effective against the zombie, badly damaging its arm, scoring deep hits and creating a terrible gash under the lip of the breastplate, causing its intestines to start spooling out. Regrettably, his increasingly vicious seeming rapier also slashed him, causing a powerful jet of blood to ensure that Arradin just couldn’t get out of one dungeon area without getting covered in someone’s blood.  He healed Arradin and himself, keeping the Elven bulwark up and fighting. Starving dwarves tend to surround well fed dwarves as a matter of habit.

The second Armoured Zombie shambled off to pursue Albedon and Torgor. It stopped to stomp the confused octopus to death but as it did so, Albedon backed up too closely to the Cauldron and its evil vapours. Struck blind by the noisome stench and barfing his lunch up, the wizard stumbled away from the fumes. The dwarves, seeing their fellow (for all they know) in trouble guided him towards them as the AZ2 advanced. Torgor slid out of the way, hiding behind the pillar. Then, on the astonishingly bad advice of the Bard, rushed out to engage the thing with his longsword. Armoured Zombie 2 pummelled Torgor to the ground, then found the knot of dwarves, who protected the largely incapacitated Albedon with their frail, malnourished bodies. Crushing them methodically, it had made its way through all of them but Wheezy by the time Albedon recovered enough to Lightning Bolt and Wall of Fire the thing to death.

Back at the HZT fight, Dagfinn had taken the first Armoured Zombie down, mostly on his own. But Arradin was quavering and backed off from the HZT. It moved forward implacably and cut Dagfinn down. 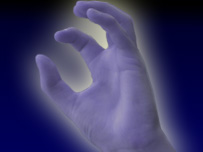 The Invisible Hand of the Market: Kerplak sends it to the market and it steals a bunch of stuff for him. Everyone (called Kerplak) gets richer!.

While all this had been going on, Kerplak had been busy. He had aced a grapple shot into the neck-hole of one suit of armour, creating a 50′ leash. Then he cast Mage Hand, BECAUSE THAT’S A THING HE CAN DO NOW AND NO ONE IS SAFE. He put a Cure Moderate Wounds in the hand (Codename: The Stranger) and floated it over to the unconscious Don’s face. With Don healed up, he changed into a woolly Rhino and gouged at the giant HZT. It didn’t have much effect, but as it tried to move forward to catch Arradin, it reached the end of Kerplak’s tether. Don called down a Flame Strike and killed the HZT dead… -er.

With all the combat done, everybody did what they usually do after a combat. A) Ignore the fact that Torgor is still unconscious on the ground. B) Start looting. Dagfinn identified the twin axes as Runechill Hatchets and the HZT’s armour as +1 Full Plate, which might be good for the group’s fighters, if only they can do something about the smell.

The Compleat Adventurer definitely went to Kerplak for his interference plays during the fight. When up against tough opponents, it makes sense for the defensive characters to pin the opponent in place, support characters to buff and debuff, and the offensive characters to do damage as quickly as possible. When you are done doing all you can do, in this case Kerplak realising that he wasn’t going to get many bolts past the armoured opponents, it makes sense to try whatever you can to change the environment to your benefit. Tethering the Headless Zombie Thing because it could be achieved while the HZT was set on trying to get at Arradin and paid off in denying HZT his full Reflex save against Don’s Flame Strike. SYNERGY!