You XBox owners have seen this already, but there’s one of those modern Gauntlet-style shoot/beat ’em ups that just got released last week on XBox Live Arcade. I think it’s basically an advertisement for an upcoming Space Marine videogame, but it’s only $10, so I gave it a shot. 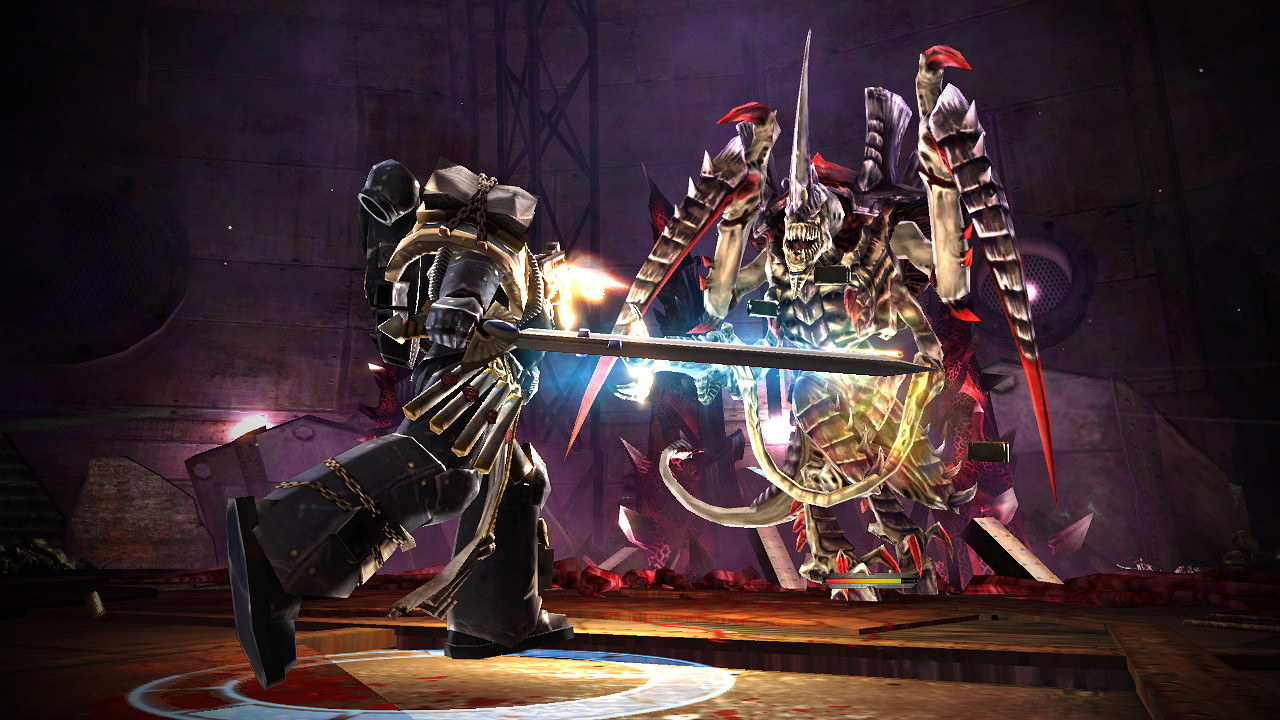 Gauntlet-style, you or you and a buddy run around a maze on the same screen, blasting or smashing Orks or Tyranids and collecting little powerups that help you blast or smash. There’s four different types of Space Marines to use, each with different weapons and a special power that kills lots of things at once: Librarian (pretty smashy, with an explosive power), Sternguard Vet (very smashy, with a smashy power), Vanguard Vet (very blasty, with an astonishingly blasty power), or a Techmarine (equally smashy and blasty, but can create a roboturret), then you walk down different hallways while tides of greenskins run at you to be cut down by your heavy bolter or power axe. After you get to the end of the hallways there’s a boss. As you play you unlock fancier Wargear and power-ups, so there’s some value in replaying the five levels the game comes with (I’ve only beaten three, but I’ve gone through the first one to beat it with all the different marines).

Writing it out like that it doesn’t sound like much fun, but there’s a lot in the game for people that are hip to 40k. The Orks sound like I imagine they sound from the books, and the orders that come in the form of voice over all sound like a fascist telling you that “the Emperor protects,” so go kill those thousand Orks all by your lonesome. All the different marines give very distinct experiences and the animations and sound are well executed, so I felt compelled to advance through the levels just to see what they made a Carnifex look and sound like. Also, every level takes 20-30 minutes to finish, so there’s a lot of things like wacky Ork architecture and technology to see in each level.

So, yeah. This might be worth getting for those of you that buy XBox Live points from time to time, and if any of you ever find yourselves sitting around half drunk at my house late some night we’ll probably be tackling a couple of these levels co-op.

← The Acts of the Lords of Rannick, XXV
This has been great painting weather →