You know what I love? Turn-based tactical games. Warhammer 40k kind of ran off the cliff of Fun ROI last year and Warmachine hasn’t seemed to find much traction with you guys yet (YET!), so I’ve got to go begging to the XBox for my non-Pathfinder tactical strategy fix. 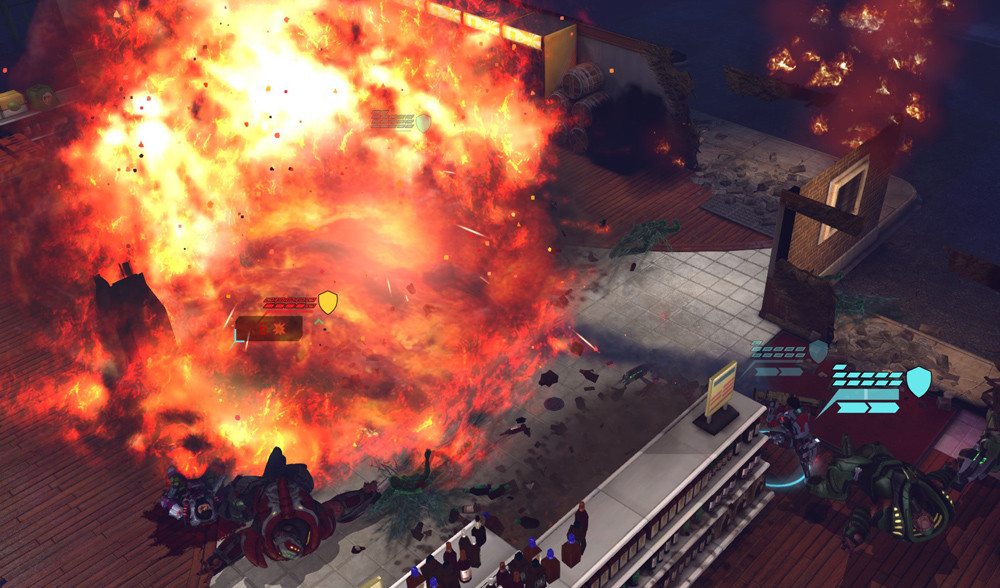 I don’t know if you guys played XCOM back in the 90’s on your PCs, but I tried for years and would smash keyboards in frustration. I loved the idea, but that game was so clunky and confusing that you could never really get into the strategy part enough to make your squad skilled enough to be effective. I’d just hit the wrong button, dude would walk into a crossfire and he’d be dead and I’d ragequit. I always wanted to get it figured out and get good at it, but I never could.

The Xbox version, thankfully, takes all the things that I wanted to love about the old games (killing aliens turn-by-turn, awesome technology advancement, and a real sense of scarcity and consequences) and makes it somewhat usable and awesome. 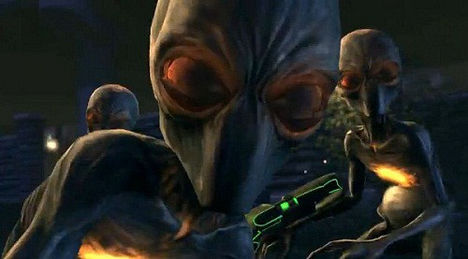 The bullets go between the big black things

The central conceit of the game is that you need to keep a lot of balls in the air in terms of research, political appeasement, and personnel management in order to repel the alien invasion. Your resources are very limited, so do you choose to focus resources on building up a broad but resilient force of passably trained but well-equipped soldiers, or do you surround a couple of alien-butchering Robocops with an easily replenishable meatshield of gun-toting interns? Do you protect Europe because of the research benefits while denying Asia’s slick production capacity, or do you keep everybody happy and just plug the holes in your armor with money? I’m still on my first playthrough and I’m already plotting the different decisions I’ll make when I take another run at it.

Apart from resource management the tactical game is pretty fun too. The graphical representation of it is a little slicker than the actual combat rules account for (e.g., firing a light machine gun through a wall at an enemy that broke cover because there’s a window… somewhere), but once you learn to read the maps you stop paying attention to how wonky the animations can seem sometimes. It really does strike a good balance between Advanced Squad Leader-level complexity of situations and Warhammer-level straightforwardness of unit makeup and event resolution.

The multiplayer looks pretty rich too, since you get to kind of build up units and play them against each other Aliens v Earthlings in what looks like a tabletop style. It’d be pretty sweet to play hotseat, but I haven’t even selected that from the menu so I don’t know what it looks like. If anybody buys the game let’s sync schedules and try to take a run at it.